Fast forward 200 years, I thought it was important to visit the 9-11 museum so Shayna could learn a bit about recent history. This is another “must see”. Be forewarned, it is really intense. I did not know how Shayna would respond to what we would see so I opted out of the guided tour, but I STRONGLY recommend it if you go. This museum was was the most crowded venue we have been to so far. It was PACKED. More amazing, despite all of the people, the museum is almost silent. There is such a sense of reverence in the space. Of course, I could not make it much past the first display without crying. I am not sure if it impacted Shayna quite the same way. I think it is much more heart wrenching for anyone who was alive at the time and watched the events unfold vs. the younger generations who have only read about it.

There is so much to see and we ended up moving through many of the displays rather quickly, one to protect Shayna from some of the vivid displays and second to get away from the crowds (it was almost impossible to see the displays in some rooms). Of all the incredibly artwork that commemorated the event this flag was designed by an artist. The red and white stripes are made up of pictures of each individual that passed, or a candle for those who did not have a picture and the blue is of the police and fireman who perished. 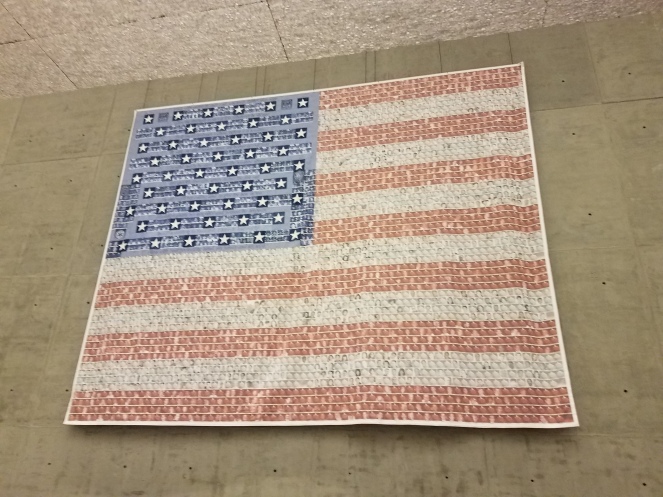 At the end of the museum (it has an IKEA format where you wind through a set pathway) there is a place you can write a message and then if appears on a map that everyone can see. Here is Shayna’s message:

After the museum we decided to do something a little lighter. Since the next day was going to be rain, we had to fit in our outdoor activities. Shayna really wanted to check out Central Park. We decided the best way to see it was by bike.

After our bike ride we met up with some old McKinley friends. Bailey was in Shayna’s class and a good friend. They moved back to NYC about 3 years ago. We had such a nice visit. It has been so comforting to have friends and family to be with, not only while we are on the road, but particularly in New York with all the crowds and chaos. Since it is UN week it has been particularly crazy, especially where Bailey lives which is right near the UN. 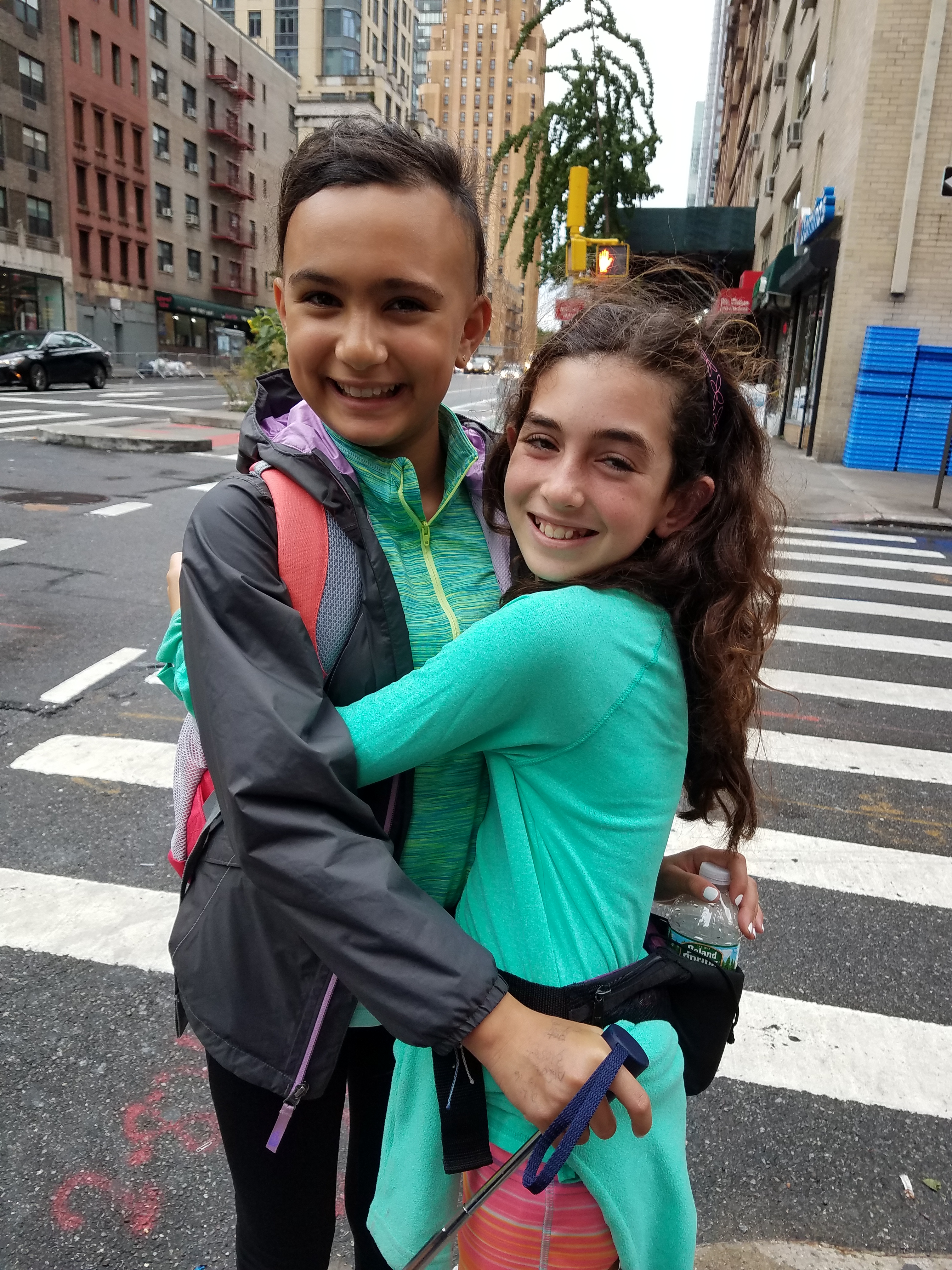