There is so much to do in Washington it is difficult to narrow down the options. As with most of the places we have been, we are selecting our top choices, knowing we are going to have to come back. We continually say to each other, “Well, we have to come back again sometime with Eli, so we’ll do “x” then.”

On Friday we started the day with a trip to the Bureau of Engraving and Printing. It is a quick, very orchestrated tour, unlike The Mint in Philadelphia which was self-guided and you could take your time. We still enjoyed seeing how money is made. By the way, don’t expect the new Harriet Tubman $20 bill anytime soon. The guide said MAYBE 10-20 years from now. (It is not political – it is just incredibly difficult and time consuming to change the appearance of currency.) 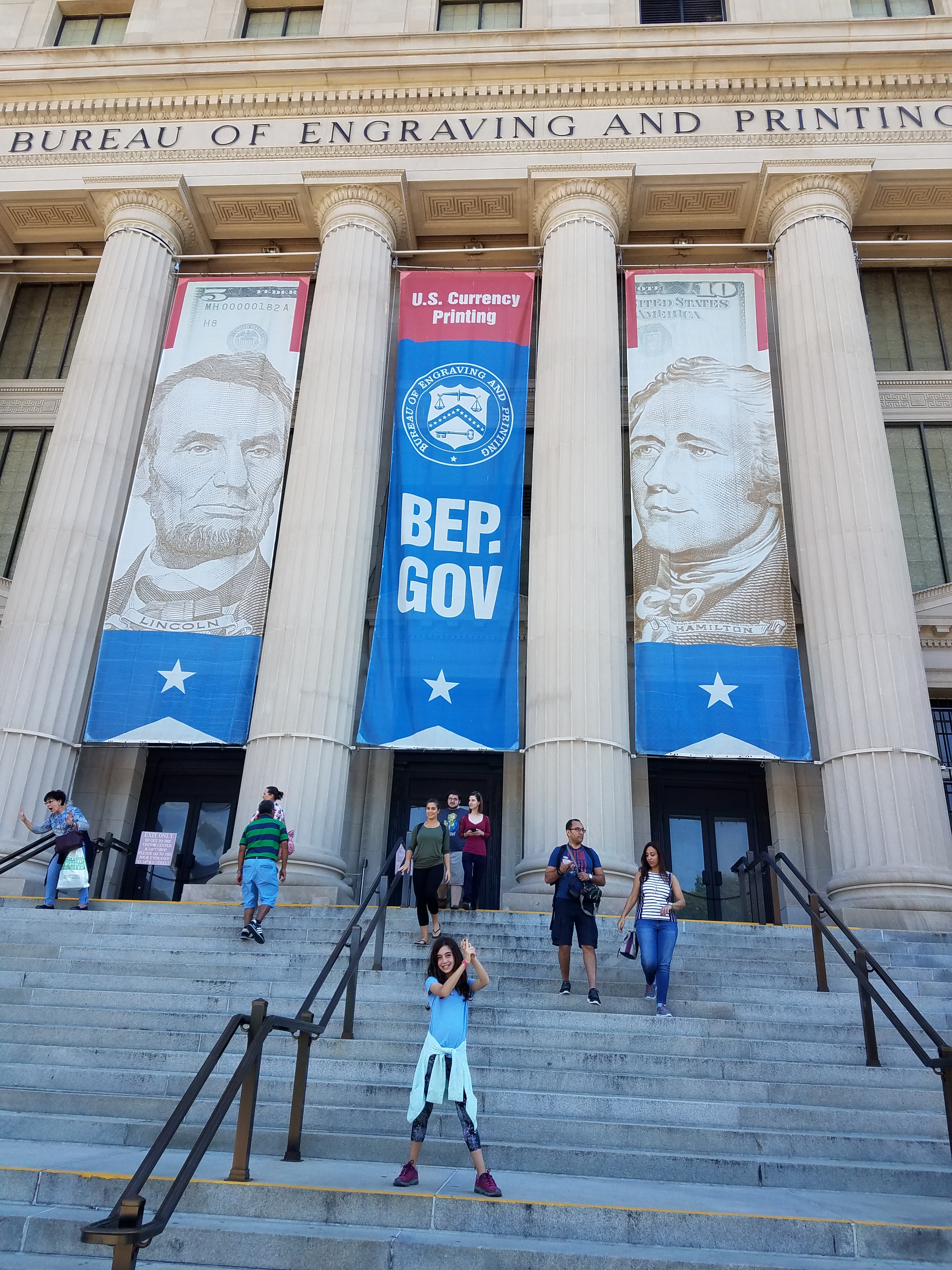 After that we went next door to the Holocaust museum. We only went through the kid friendly exhibits. There is a child centered exhibit which gives a simple overview of a child’s experience of the holocaust. Very safe yet informative for Shayna. We talked about the architecture of the building and why it might be designed the way it is (it has a clear ceiling so you can see the sky, sort of like what it might have been like in a ghetto where there are walls all around except up). We lit candles in a memory/meditation room and looked at a wall of tiles made by kids and talked about what we would put on a tile.

Our last activity of the day was the Spy Museum, one of Shayna’s top picks. It was much more interesting than I thought it would be. The museum starts on the top floor where there are exhibits on all of the different tools and techniques of being a spy, with some hands on activities. 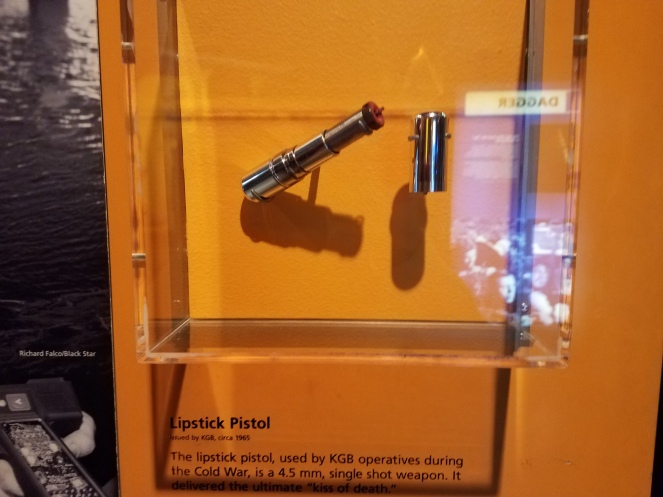 Shayna loved it and really absorbed the information. But then the rest of the museum focuses on how spies were used in all the wars, including the Revolutionary War, which of course makes sense but surprising to learn. (Today in Colonial Williamsburg we met a slave who was a double agent during the Revolutionary War – another connection of our experiences.)

One thing I learned was that Pearl Harbor could potentially have been prevented but there was a breakdown in communications between US intelligence agencies. There were also multiple biographies on famous spies and spy rings throughout American history – so many fascinating stories. 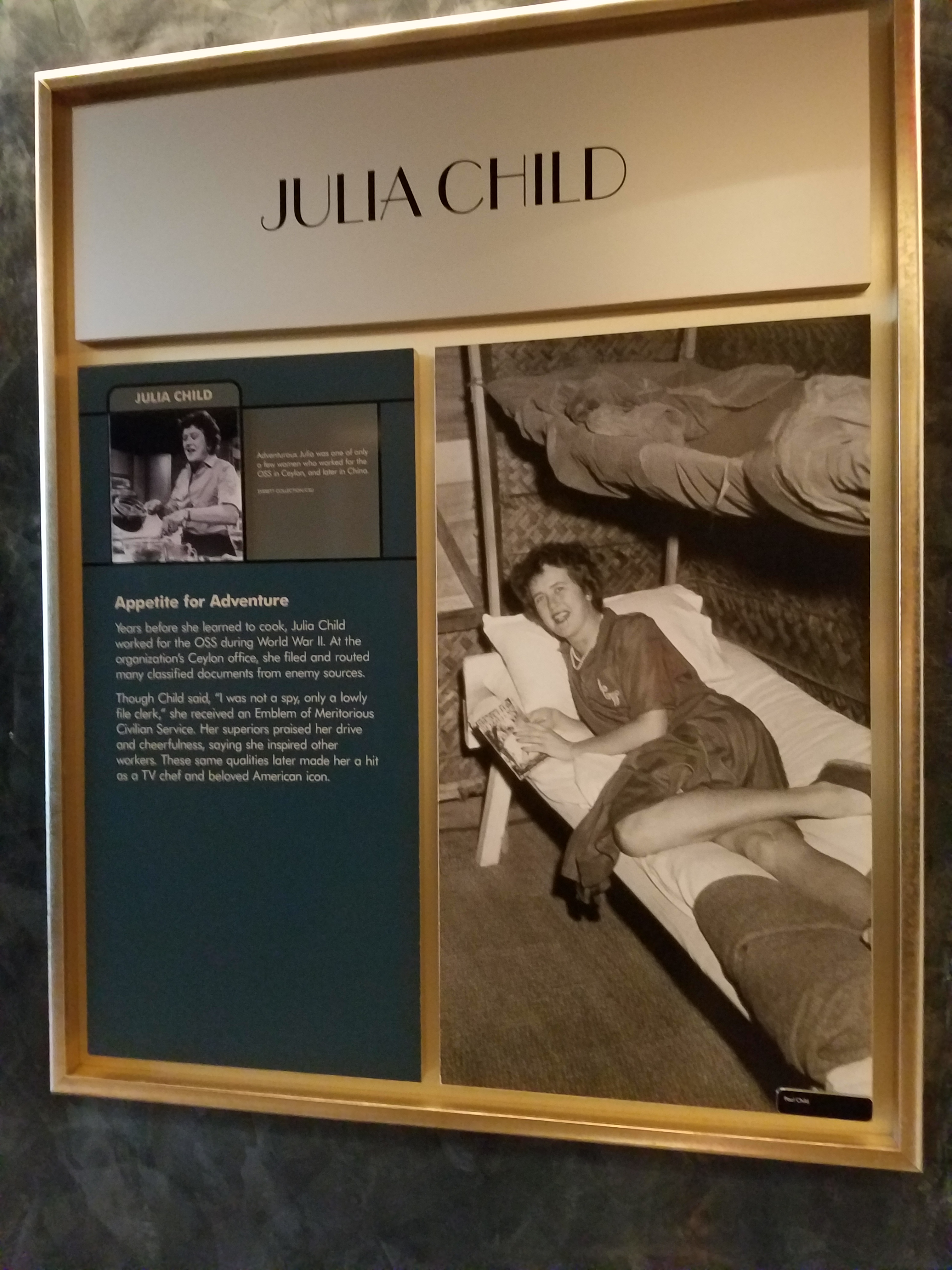 The bottom floor of the museum included a James Bond exhibit, summaries of many of the films, artifacts from the films and clips of the films. (That exhibit may be temporary). The museum itself is moving to a much larger location closer to the Mall next year.