Sunday we drove down to Williamsburg, VA. We arrived in town mid-day, so we checked in to our RV park. With only half of a day, we did not have enough time to see Williamsburg, so between the Yorktown and Jamestown sites, we opted for Jamestown, based on a recommendation of a well-traveled friend. It is a re-creation of the Jamestown settlement from 1607. Shayna really enjoyed it.

We started with a small exhibit about the life of Pocahontas.

We watched a short video about Jamestown but decided to bypass the museum so we would have enough time to visit the interactive sites.

First there is a re-creation of a Powatan Indian village,

including traditional games and food, which the dressed up staff are preparing (we did not get to taste it.) 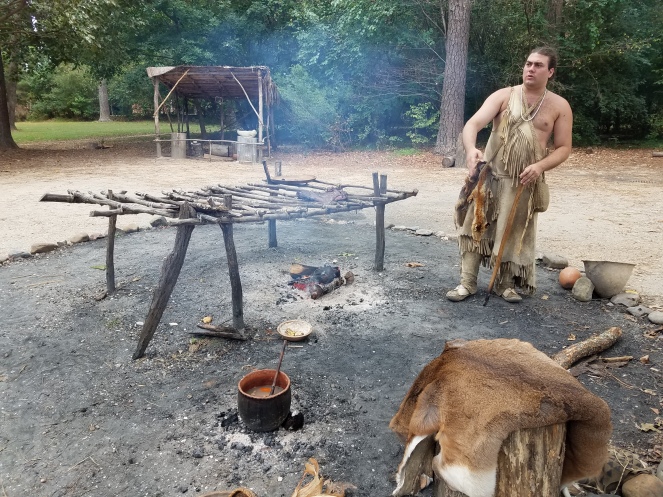 The site is a state park and the dressed up staff are state employees. Some that we met have been working there for 15 years. It is a career position for them. Their knowledge about the settlement and time period and their skills are soooo impressive. Each person we talked with gave us a full history lesson.

After the village we climbed aboard one of the re-created ships. 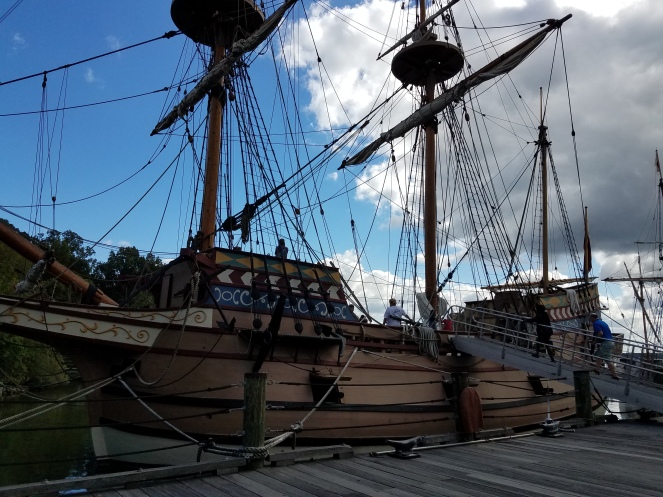 Again, the staff provided incredible accounts of what like was like for these original settlers on their voyage.

We were running out of time and still had to visit the Fort. Everything in the fort was built by the staff using time specific tools and resources. Shayna was particularly intrigued by the blacksmithing. But we also visited the kitchen, the woodworker, the gunsmith,

and dressed up in traditional armor.

We were the last ones to leave the site!