On Wednesday we headed back to Atlanta again. We started the day with lunch at True Food Kitchen in Buckhead (the Beverly Hills of Atlanta) to have lunch with our friend Sherrie, who moved here last December. It was fun to see her and catch up and the food was awesome! Like being home!

Then we drove over to the MLK National Historic Site. 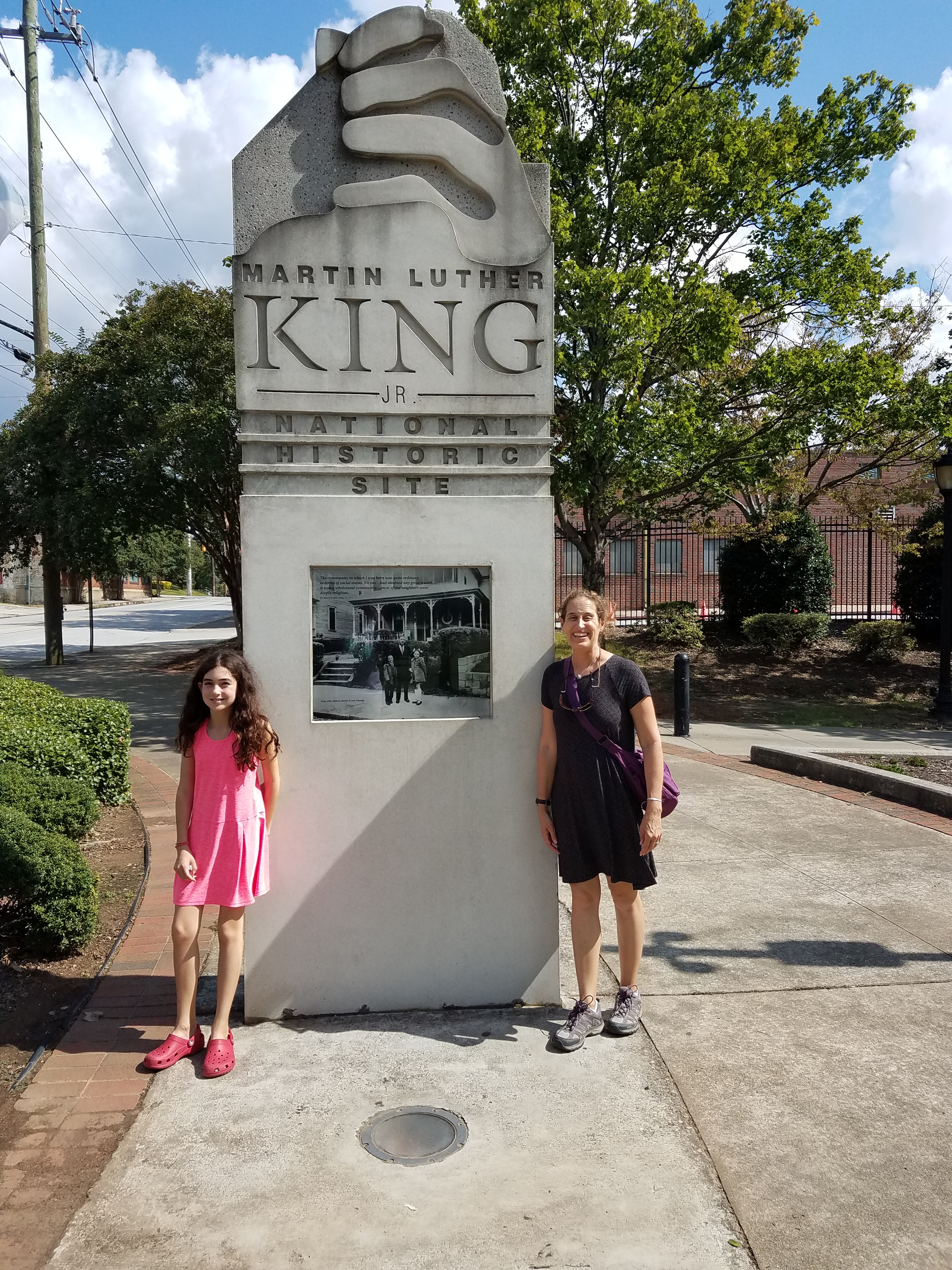 Unfortunately it is being renovated so things were limited. We had a chance to see MLK’s boyhood home and neighborhood which is a national park preserved historical site. We would have had to wait 2 hours for the tour of his house, so we eavesdropped on the tour outside the house for a few minutes, but did not get to go in.

A block down from the historical block there is a center which has rooms dedicated to artifacts of Martin Luther King and Coretta Scott King, Ghandi and Rosa Parks. We also had a chance to visit the original (and beautiful) Ebenezer Baptist Church which is where MLK was a preacher. It now preserved as a museum. (They have built a new Ebenezer Baptist Church across the street.) When you walk into the nave they have a recording of Martin Luther King’s Drum Major speech playing. It is quite an experience to sit in the silent room hearing his booming voice.

Afterward we headed back home, hoping to be ahead of the Atlanta traffic, which is just as bad a LA!